Prenota adesso!
THE INNER CITY, HEART OF TOWN. Marsala owes its name to the Arabs (Marsa-Allah means “God’s Port”) but the original one was Lylibeo and designated a quadrangle surrounded by defensive walls with four gates: Porta Garibaldi (also named “Portamare”), Porta Nuova, Porta Mazara (destroyed in the World War II bombings) and Porticella (no longer visible). From there you can set off to visit the inner city, a fully pedestrian area, and discover Marsala’s countless beauties: the Cathedral dedicated to the Bishop of Canterbury and the nearby Flemish Tapestry Museum, looked after by the local parish; the beautiful Piazza Purgatorio, a small square with a baroque fountain and the homonymous church; Piazza dell’Addolorata, another square where you can view the Town Hall (a magnificent Spanish palace) and the market, which becomes a popular social spot at night thanks to the presence of several pubs and bars. In Piazza del Carmine you can find the Municipal Art Gallery, hosting interesting displays throughout the year and cotaining a wonderful 13th century cloister. Absolutely worth seeing, St. Peter’s Monumental Complex is the city’s cultural centre located in the 16th century monastery of the Benedictine nuns. 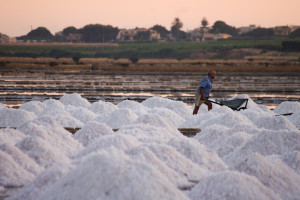 THE MUNICIPAL THEATRE,, or Royal St. Francis’s Theatre, a true jewel. May 11th is a date that seems recurrent in Marsala’s history, as it also recalls the first official document concerning the theatre’s birth, on May 11th 1807. The theatre operated regularly until 1824. Restoration works were resumed in the early Eighties and the place was reopened in 1994 with a performance by Andrea Bocelli; now it is dedicated to master Eliodoro Sollima and contains almost 300 seats split between three stall levels, parterre and gallery. 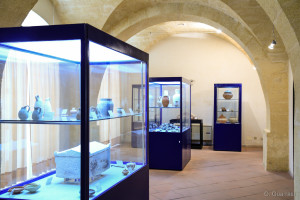 THE ARCHAEOLOGICAL AREA OF CAPE BOEO: Marsala’s origin dates back to the first two centuries of the Roman imperial age and to the 3rd century A.D. when the settlement named “Helvia Augusta Lilybitanorum” was founded. Ever since, an entire area now constituting the city’s archaeological park has miraculously survived. Part of the complex is also “Baglio Anselmi”, which nowadays hosts the Regional Archaeological Museum, after being used as a wine making plant in the past century. In 1986 it was chosen to display and preserve the wreckage of a Punic ship and several archaeological artifacts dating between the 1st and 2nd century B.C. and the 1st century A.D., along with an extraordinary collection of amphorae witnessing the flourishing trade carried out through our sea.
CRISPIA SALVIA’S HYPOGEUS: if you ask around about Crispia Salvia, you are likely to get the answer:”Crispia who?” Instead, one the most unknown yet beautiful places in town is named after her. However, citizens are not to blame: to see Crispia Salvia’s Hypogeum you need plenty of patience, but if you are fond of archaeology you will be enchanted. If you wish to arrange a visit you need to dial ++0923-952535 to make an appointment. If, instead, you are short of time, we suggest a virtual tour. 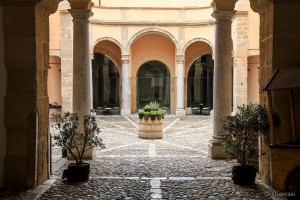 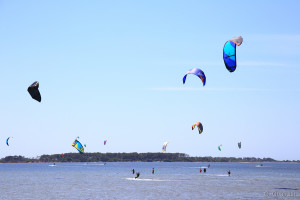 AMONG THE MOST BEAUTIFUL BEACHES IN SICILY: if you are in Marsala between May and October, you cannot miss a dive from one of the outstanding beaches you may find on the southern coast. Just a couple of miles away from town, beach facilities are easy to reach and compare with tropical locations for their spectacular white sand and green sea. Marsala’s geographical position makes it a very windy place, therefore the northern coast (comprising the Stagnone) has become, throughout the years, a top class meeting point for kite-surfing lovers: a great deal of athletes from all over the world visit Marsala to practice this sport, as they can benefit from ideal wind and waves. Consequently, several sailing, kite-surfing and windsurfing schools have started operating in this area.
SUNSET ON THE STAGNONE. “The most beautiful sunset in the world”, how many times have you heard this slogan advertising some holiday location? It is exactly what you will say right after watching sunset on the Stagnone. The most romantic picture is the one displaying the windmills and the salt pans on Via del Sale. Some spots on Marsala’s northern coast feature awesome outlines that strike your soul with strong emotions. While strolling, it is possible to watch the several migratory birds which find a home in this territory, as well as the mysterious isle of Mothia and the windmills along the salt pans and their white piles, all as part of a wonderful scenery. The sight is even more suggestive in summer, at harvest time, when the water’s rose-colored nuances in the pans intensify and the already dried out inner pans are shining. 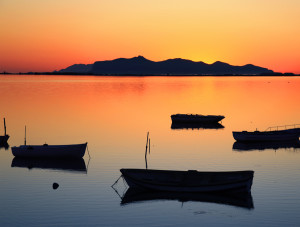 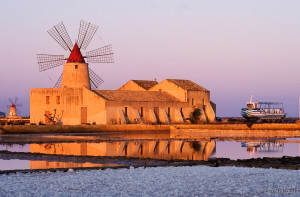 MOTHIA AND THE YOUTH IN TUNIC:Mothia was a Phoenician city on today’s Isle of San Pantaleo, which is easily reachable from Marsala (the pier where boats to the island depart every ten minutes is 6 km from the town centre). The site features interesting remains of the old city (surrounding walls, port basin, a shrine called “Cappiddazzu”). But the island’s main attraction is a marble statue of a youth known as the “Youth of Mothia”, a unique masterpiece that has been exhibited in the world’s most famous museums, among which the British Museum in London. Now it is finally back and you should by no means miss to see it!
TOURS OF THE HISTORIC WINERIES: Marsala is famous for the production of the namesake wine, as the British regarded it as better than Port and Madeira and began to market it worldwide, determining its success. In 1833 the entrepreneur Vincenzo Florio bought a plot of land on the beach between Ingham-Whitaker’s and Woodhouse’s manor farms, where he established a wine making plant. When you visit the Florio Winery, it feels like being still in the nineteenth century: the oak barrels, the large warehouses, the museum with antique tools and the ever available tasting will leave you a memorable feeling. 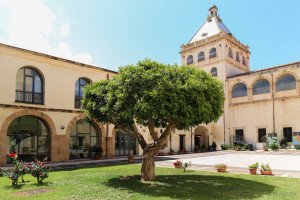 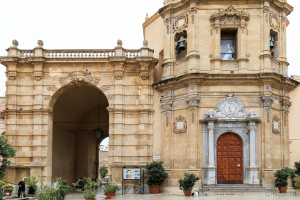 MARSALA’S TYPICAL DISHES: in restaurants you can find classic dishes belonging to the local tradition, from fish couscous to pasta with sea urchins and oven baked pasta. But there are other specialties you should not miss: “panino con panelle”, “pane cunzato”, “rianata” and “arancine” (in the province of Trapani they are regarded as female) on the salty side; brioche with ice cream, lemon “granita” and Sicilian “cassata” among sweets.